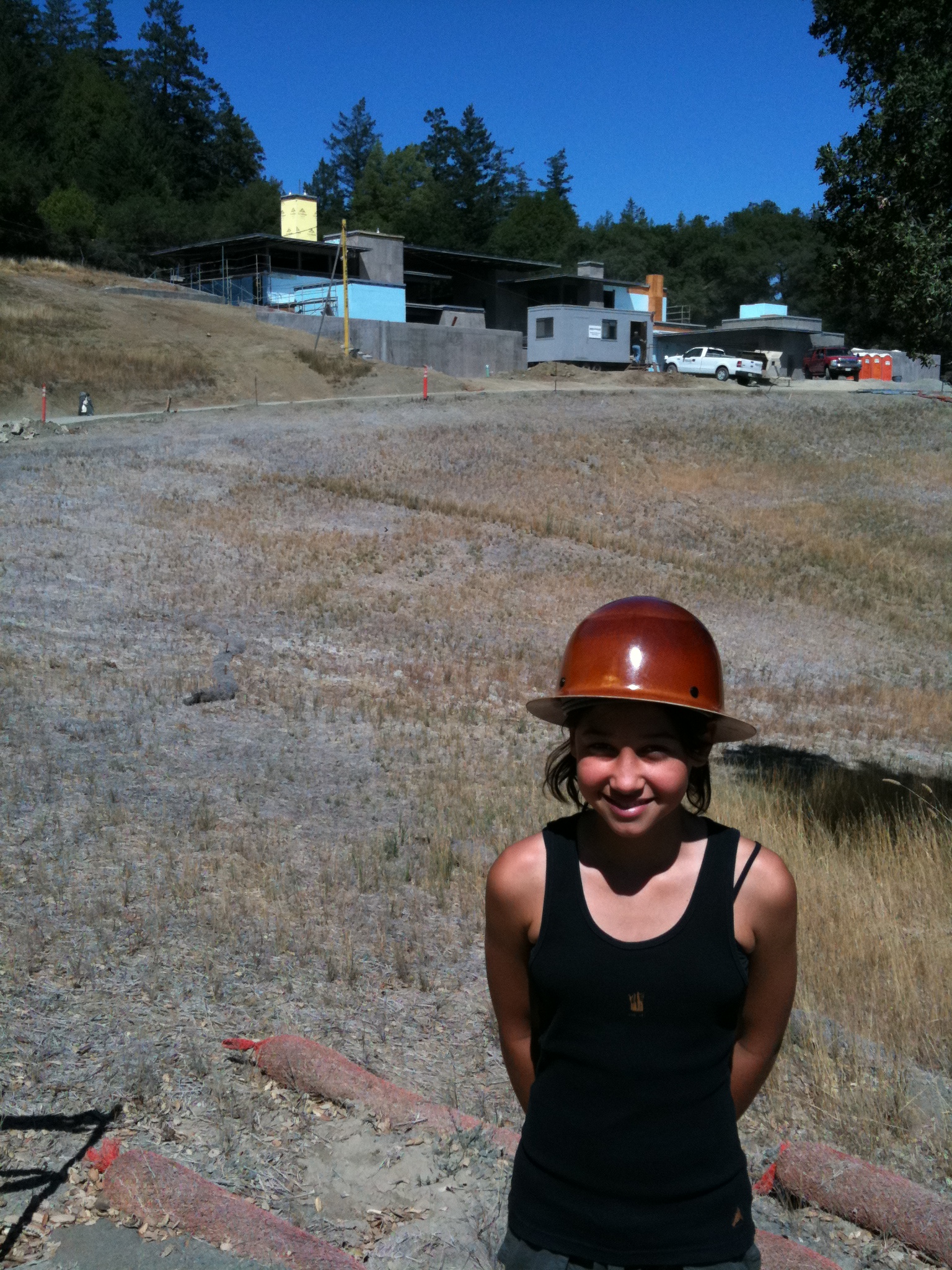 -What inspired you to become an architect?

A bulldozer was stuck in my backyard for a week when I was four. My mother taught art in elementary schools. My father was a real estate property manager and developer. I grew up with my art teachers assuming I had artistic talent (whether I did or not), and around building and tradesmen. I found the old black men who maintained the downtown buildings and fired the boilers with coal to be the wisest and most exotic people on earth. I had a tree house. I built forts. My father and grandfather built a garage themselves over a couple of weekends while I watched. My parents drove around looking at houses as a form of recreation. They bought a new (old) house every few years and fixed them up. This transformation was always the high point of family optimism. My mother valued gardens and antique furniture.

I designed a building in high school for my father, but my school advisor counseled me out of architecture school because I was poor at math, and advised fine arts. In the late 1960’s it was fashionable to practice basic fundamental life skills like making food, clothing, or shelter. I traveled a lot and began a fascination with buildings owner or community built using patterns suggested by local materials and climate. I broke my heart over a girl, so I decided to abandon myself in something supposedly as hard as possible, architecture school. Everyone else in school wanted to be Richard Meier. I didn’t wear shoes and wanted to be a carpenter. Since I was the only one in the school like that, I was confident that my own opportunities would be abundant. Destiny is not like in the movies.

- In my project, I talked a lot about solar panels, rainwater catchment and solar chimneys; do you think these are important when you design buildings?

The most effective thing a society can do to for building in a way that taxes the planet the least is to build on a damaged site, and heal the site in the making.

The next most effective building act is to use less energy and material, prevent waste, and be smaller. Using less.

Another important building action is to fix the buildings that don’t work well, because a horribly inefficient old building can be modified for huge efficiencies far more easily than our current new buildings can be made even slightly more efficient. That is not romantic or fun, and it is not what I do either, but it’s a good thing to remember if your mission is to save the planet. Basically, it won't be done by buying or building new, efficient gear. It's not about buying a Prius, it’s about less driving.

The next most effective thing is to create efficient stuff (Climate control, energy and water) with technique or technology. This is what you are asking about.

All that you mention are important. I like the solar chimney as a category because, (1) interior climate control is the greatest energy user and, (2) shading, capturing air/heat/cold, and orientation, can lend a coherent theme to the building, and a form that looks responsive to the site and climate has a good chance to feel beautiful. And may promote more buildings like itself.

- What is your most favorite part about green architecture?

That it was mostly green already until we had cheap energy and less prosperous neighbors beginning in the 1940’s. And that since I like the building traditions of the world, I am delighted that they now have renewed importance.

- What do you think is the most important part in green architecture?

Heating and cooling buildings, and making sure the building loses as little heat or cool as possible.

Materials that look good as they get older. That can be repaired and look better when they are repaired.

Short lived materials should be recycled into new materials.

- What materials do you always end up using in your green buildings?

Massive walls: concrete, concrete block, adobe, rammed earth. I like them for our arid climate. We design differently in Hawaii.

Disappointed: That right now, buying stuff that flaunts a green political stance is virtuous. (Full Disclosure) This is unfortunately a great deal of what architects can sell as green right now as a result. Hopefully some good is done.

Impressed: I am most optimistic that much dwelling activity, our work, and many cultural assets can be performed and stored in a very small device. That we may be able to dematerialize. That things that are important to the mind and heart could require little material or energy, and that nature, which is important to our animal self would not be consumed by what becomes important to us.

- What do you think is ahead for green architecture?

Short Term:
The style or fashion to appear green will make consumption of green stuff a conspicuous form of status until everybody has some.

Mid Term:
That the cost of materials and energy will become so high that, by necessity, using so much of it will become less important. We will all live with much less stuff, and look for other things to do. Perhaps the look of re-use, of salvage. It will be OK that every day inside is not 72 degrees.

Nearly all, perhaps everything that makes being human worthwhile has not changed in 500 years. Likely 100,000. I’m not speaking of medicine, abundant food or women’s equality. I am referring to the possibilities of the heart and mind.

Long Term:
That it becomes cool to have nothing. High social status will be attained by having something interesting to think about, something powerful to feel about, someone to do it with, and some others to enjoy watching doing their version of it. That our focus will be on being alive, the richness of nature, and our affinity with creatures, plants, water, clouds, and rocks.

Green Architecture will be a nearly empty, translucent semi porous white cube augmented with images and sound. Or a hut covered with a few banana leaves with a fire and stories. The New Modern will be 100,000 years old, but it will be this long term green attitude that will allow 8 billion humans advantages we haven't seen since we were a small tribe.