everything should be the same unless it must be different 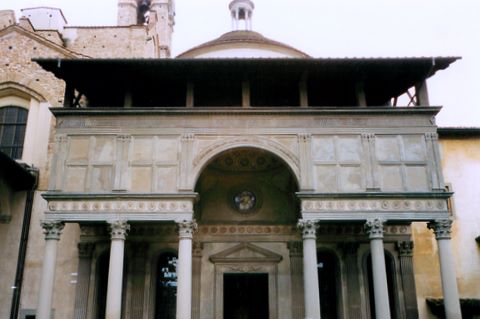 Many have credited the origin of Renaissance architecture with the career of Filippo Brunelleschi. His professional response to overwhelming technological and social complexity may have new relevance.

Until Brunelleschi, the use of a technology of standardization was nearly unknown. Medieval building had been a craft in which every element and form was under consideration until the moment of execution. Every decision, every detail, was designed and made for a single instance of its use, requiring an unwieldy amount of staff, time, and money to complete the project.

Brunelleschi started by first designing the elements and the details. The standardized elements were revisited, refined, and reduced as the building design proceeded. These elements also became a repertoire for future projects. By this means he was able to allocate most of his effort to the part of the project that actually was unknown, the part that actually was new. To progressively evolve the elements with each project and improve the next.

Brunelleschi used modular patterns to measure his details, and as a layout grid for the building. A large, complex building could be accurately drawn in the dirt with a stick, yet match the design precisely. He would whack out a rough model of a detail with a knife and a turnip, but the precision imbedded from the modular ideal could be recreated in stone.

A sketch, a concept, or a rough model could refer precisely to what would be built. The representation could be compared to the ideal and to the result. Enormous amounts of information could be designed, understood and communicated. An idealized, complicated organism could be managed through the episodes of changing conditions and personalities with every part and principle in Brunelleschi's mind. Brunelleschi: intersection of three columns and one pilaster St Spiritu Florence. Solution for the exception.

2- Brunelleschi is an architect for our time.

We are often re-designing each instance of similarity instead of finding out why the instances could be the same, and what the best version of that might be.

We are increasingly operating within large unwieldy committees, and must shepherd an Ideal through them.

We increase staff and hire consultants to make sense of it for us, but they are even more remote from the Ideal or the nature of the content.

We load dumpster size hard drives and buy faster processing instead of distilling or organizing content into something we can actually manipulate, remember, or even ever see again.

Our current culture values novel buildings rather than improved buildings.

We may be spending more creative energy than we think at recapitulating the evolution of buildings and their elements. To illustrate by example,  a door. Rather than moving on to improve the Door, in seeking to invent an altogether new door, our entire effort may only be to discover why all doors ended up more like Doors than the novel door we thought would be so ingenious.

Instead, I would propose that on occasion, we do think about the history of the door. That we forever compare that archetypal Door to all doors we see or have made, and improve this model Door from what we learn. When we come to design our next door, we may focus on whether or not this new door need differ from the Door, and if it does, what small portion needs to be modified for practical or expressive reasons. 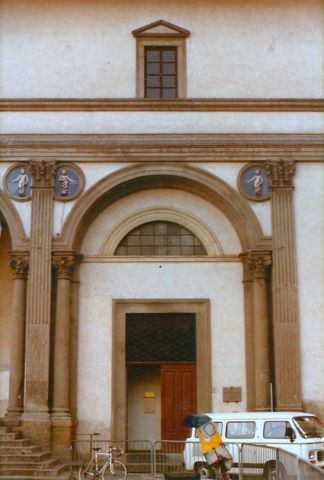 3- Why the urge to be different?

Blame it on status seeking. In a society with expanding prosperity, the quest for status drove fashionable styles that would set oneself apart. But fashion ages quickly. Nothing could be more ephemeral than novelty.

There were the Discoveries and their styles. Goa and the Manueline. The expulsion of the Turks and Greek Revival. Chinoiserie. Neoclassic Pompei.

There were idealized societies like Gothic Revival, then Arts and Crafts.

There were technological status symbols like light bulbs, space ships, megatron televison screens, and now solar panels. There was Art Deco and the emulation of speed.

Blame our profession that the storybook version of modern architecture is about new materials begetting new techniques. Our heroes made something revolutionary out of this change, as well they should have. We late 20th century architects believe that unless our work looks as radically different we just aren't being very creative.

Blame it on the Media. Our era gives it's attention to Novelty. Specialness. Individuality. Camp. Shock.

Suppose you want to design a building, a house. Suppose you want to make a house such as the world has never seen.
Why have they never seen it? Considered answers would be in the realm of a new material, a new tool, or a new condition. Or culturally, to promote a new way to think or live.

If all we have to do is invent a better mouse trap why is the world not beating a path to our door? Precisely because so often the new are gimmicks that have offered no real advantage. 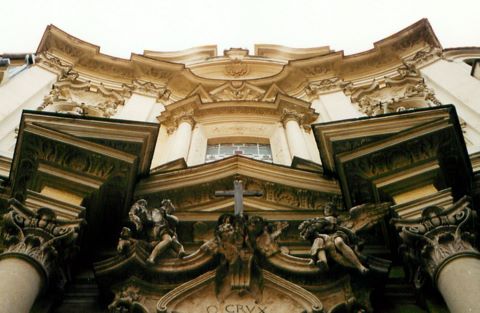 4- As an exercise, consider that everything is more alike than different.

Water is more alike than different. Clouds are more alike. Even snowflakes are.

History is more alike than different. Days are more alike. Minutes are.

The Type is the archetype, rather than an instance of the concept. It is a model that has the essential characteristics which exemplify the ideal.

Types are clear and predictable. We know how to use a Type. We know how to find the way in. To find a cup and a drink of water. The best place to urinate. To hang up our coat. To make a mess, and to clean it up.
We would be squandering countless opportunities of real interest every day if we had to operate in a domestic hell of full novelty.

In design, solving a real exception to the Type is the contribution of the design. The designed response to an exception is the design concept.

Specialness should not be arbitrary. We mean something when we make different, so let's be sure it reads. Difference should explain itself. A clearly necessary problem that is an exception to the Type will clarify what is beautiful about the solution.

So much living is a recapitulation of all life, any life. It is renewing to the species that each of us lives as though it was the first time, and that is a good thing. 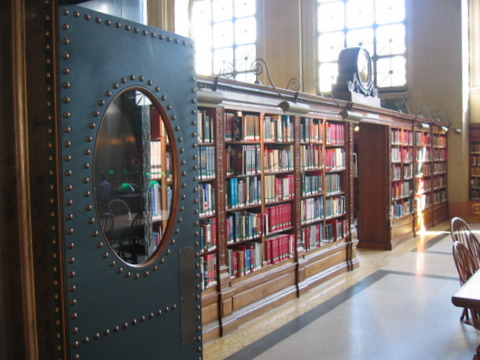 5- So what? All of this could not be more obvious.

Clearly this is already an unconscious or an intuitive part of the process of our best designers. The archetypes are abundantly discernable in the best work.

Yet many architects have an allergic reaction to a serious consideration of our existing best standards as a starting point for their creative contribution.

Humans and buildings are pretty nicely co-evolved beings. Were we to improve humans the way we seem to consider our next buildings, we would appear to be starting from a single cell animal, a Neanderthal or a unicorn. We could instead examine the characteristics of a Mark Twain, a Martin Luther King, or a Catherine Deneuve. Or perhaps the common characteristics of our best tribes.

Some would argue that they don't wish to look to the past but to look forward. That I am promoting traditional architectural styles. I am not promoting the styles, I am only looking for the substance.

The present is more like the past than it is different, and I suspect that the future will be more like it as well. It is all a kind of now, and you can pretty much look at 3,000 years of shelter or literature and see your life there, recurring again and again.

What has always been the same is the only place there is to be, and what really must be different is something not to miss.

Doors That Are Different South Portal to the Sun, Stonehenge Ise Shrine, Japan: entrance draped with pristine white fabric. You visit, but it is too sacred to pass through the door. Gunnar Asplund: entrance to a crematorium in a forest, Sweden Anasazi at Mesa Verde: Kiva entries are doors to the Underworld origins Brunelleschi: Abandoned baby door at orphanage. (all the iron work is contemporary) At a plain door in a narrow alley on the other side of this door, a mother may put her infant in the niche , ring a bell for the nuns, and walk on into the city.